This document details the complete list of updates and changes made to TOTAL released with the September 26, 2016 update.

This update is designed to help you quickly track and organize your reports.

We've added a categories option to help easily identify and group your reports. Pick a color category for a group of related reports — such as waiting on homeowners, pending inspection, completed, in progress, etc. — to quickly see where your reports are in the process. It's easier to see status and stay organized. 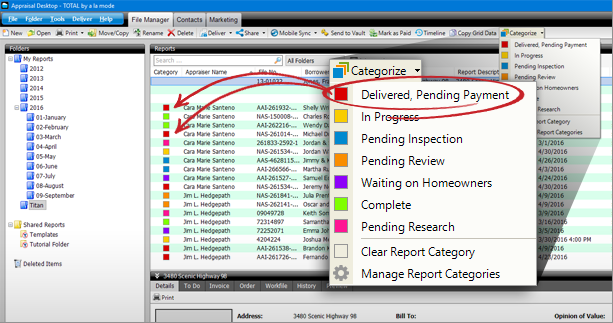 Of course we've added lots of other improvements with this update. For the complete list of improvements, take a look at the detailed release notes below. And, as always, thanks again for giving us your thoughts via the Feedback feature inside TOTAL.