This document explains what MSA numbers are, as well as why TOTAL uses them as the default for Map Reference numbers.

The general concept of a metropolitan or micropolitan statistical area is that of a core area containing a substantial population nucleus, together with adjacent communities having a high degree of economic and social integration with that core.

The United States Office of Management and Budget (OMB) delineates metropolitan and micropolitan statistical areas according to published standards that are applied to Census Bureau data.

The following information is supplied by CoreLogic, our InterFlood maps provider:

In 2003 North Carolina entered into a Cooperating Technical Partnership agreement with FEMA. North Carolina remains the only state to have entered such an agreement where the state assumed primary ownership of the Digital Flood Insurance Rate Maps (DFIRMs or FIRMs) within its borders. In doing so, North Carolina uses a coordinate‑based map numbering system consistent with its Land Records Management Program to identify maps. FEMA's map numbering system, otherwise consistent throughout the country, is comprised as follows.

In the case of a single community FIRM it is the National Flood Insurance Program (NFIP) Community Number, plus the panel number and suffix. In the case of a county‑wide FIRM which includes incorporated areas, the first two digits are the State Federal Information Processing Standard (FIPS) code, the second three digits are the County FIPS Code, and the sixth digit is the letter "C". These are followed by the panel number and suffix.

For example, if the property is 818 Walker Road, Aurora, NC 27806 :  the state FIPS code for North Carolina is 37, and the county FIPS code for Beaufort County where the property resides is 013. The FEMA map panel number and suffix on which this property is located is 6526K. Thus, the map number provided by CoreLogic when using InterFlood maps — 37013C6526K — aligns with FEMA's map number convention.

In summary, both numbers refer to the same flood map information and should be considered acceptable for purposes of the NFIP.

In order to compensate for this gap, we use the MSA that encompasses your subject property unless you disable this feature or overwrite the Map Reference number inserted automatically. Choose a panel below that corresponds with the software you use for detailed instructions on how to disable this feature: 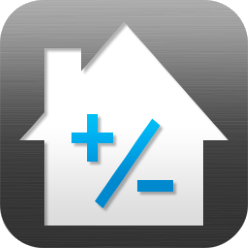 To prevent TOTAL from using the MSA number as the Map Reference number in your report:

To prevent WinTOTAL from using the MSA number as the Map Reference number in your report: